A vast oil field was discovered near two small villages in Baranya county; Istvándi and Kétújfalu. They found nothing like this in the past 30 years. The company who discovered it might become the biggest oil producer in Hungary, overtaking MOL.

In the last 1 and a half years, things were quite out of the ordinary for two small villages in the Western part of Ormánság, Hungary. Locals noticed large machines appearing out of nowhere, and experienced smaller Earthquakes and constant loud noises. As it turns out, a surprisingly huge oil field was discovered in the area, G7 reports.

A company called Hungarian Horizon Energy Ltd. (HHE Ltd.) started producing oil at the newly discovered oil field. HHE is an affiliate of Aspect Holdings, LLC, which is a privately-owned company registered at the. Aspect Holdings purchased HHE during the early 2000s, and it started developing oil production together with TDE Services Ltd.

Balázs Ördögh, Technical Director at TDE Services Ltd. claimed that nothing even similar to this oil field was discovered in the last 30 years. 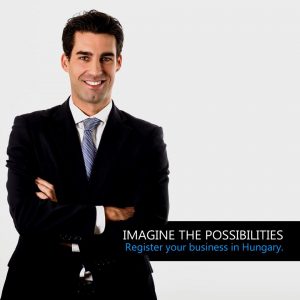 Ördögh’s company, TDE Services Ltd., was responsible for implementing the seismic surveys and drilling to map the oil field beneath the surface.

Hungarian Horizon Energy Ltd., which was an unknown company so far, produced over 6,000 barrels of oil a day by the end of February, and they are expecting to produce around 11,000 barrels in the near future.

To get a perspective of how much oil this really is, Hungary’s biggest oil producer company, MOL produces around 13,00 barrels daily. This basically means that this new company, with its newly discovered oil field, could double the country’s annual oil production, and it could even become the most significant oil producer in Hungary.

The company plans to build 30 oil wells, and dozens of kilometres-long-oil pipeline, which will transfer the oil from the wells to the central collector.

If everything goes according to the plans, the new oil field will be able to produce 14.2 thousand barrels in one day, which is more than the average oil production in the whole country in the last couple of years.

Original article can be found on https://dailynewshungary.com/huge-oil-field-discovered-in-hungary/

More than 300,000 jobs created by German companies in Hungary